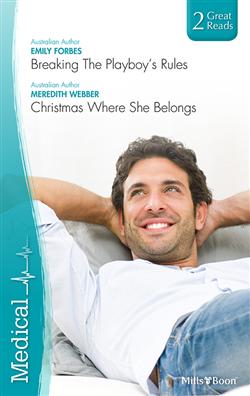 Why would there be a breeze six metres under the ground? she asked herself.

How long would the air last?

Hopefully as long as it took for someone to come for her, she thought. She refused to think that Harry wouldn’t come.

She laughed and the noise sounded harsh in the silence. There was nothing simple about this situation.

There was no sound and no movement but at least that meant the blasting had stopped. That was a positive thing.

Gradually her eyes adjusted to the darkness and her gaze was drawn to her left, down the low-ceilinged tunnel. She could see tiny slivers of light in the distance.

She was drawn to the light like a moth to a flame. She needed that light.

She felt her way along the wall of the mine, reluctant to step away into the darkness, and followed the wall around until she reached the tunnel opening. It wasn’t high enough to stand up in and she had to get on her hands and knees and crawl along. The dirt floor was rough against her skin and she could feel the little stones pressing into the soft skin of her palms and knees but the light kept drawing her forwards.

For a long time the light didn’t seem to get any closer and she wondered whether her eyes were playing tricks on her. But she pushed on. There was nothing else to do.

By the time she reached the light her knees were grazed and she was certain her palms were bleeding but she’d made it. She was under another old shaft but when she looked up the opening was covered. There was no patch of blue sky at the top of this shaft, just tiny holes in a covering emitting pinpricks of light. She stood up and searched the walls of the shaft for a ladder but could see nothing. She stood in the middle of the shaft and ran her hands around the wall just in case but there was nothing but dirt. Light was coming in but there was still no way out. It wasn’t an escape.

She was about to retrace her steps but when she looked at the darkness behind her she decided that the meagre bit of light coming down this boarded up shaft was preferable to the pitch blackness that waited for her at the other end of the tunnel. It wasn’t an escape route but at least there was air and some light. She sat cross-legged on the floor, her back to the wall and waited for Harry.

Something passed across the top of the shaft creating a shadow. Emma was vaguely aware of something blocking the light but before she could look up it had passed. Had she imagined it?

But there it was again and this time it was accompanied by a loud noise. Emma feared it was another blast and her initial reaction was to look for cover. But there was nowhere to hide. Then she realised the noise wasn’t vibrating through the earth but instead it was echoing down the shaft.  The noise was coming from above her.

‘Hello, is someone up there? Can you hear me?’

His voice was distorted as it bounced off the walls of the shaft but she knew it was him. No one else would know her name but it wasn’t that, it was the fact that hearing her name on his lips made her heart somersault in her chest.

He was coming for her.

He was here. She hadn’t doubted he would come for her.

‘We’ll have you out in a minute. We just need to get this cover off.’

Harry’s words were drowned out by another bout of banging before the cover was levered off and the shaft was flooded with light and his head appeared above her. Even though she couldn’t make out his features just knowing he was there was all she needed.

‘Yes.’ The word came out as a half-laugh, half-sob but it was pure relief that she felt.

‘Okay, give me a second to work this out,’ he said before his head disappeared from the opening. She could hear him talking to Tony. ‘There’s a ladder running down the wall,’ he said and she knew he would choose to climb down to her.

Now that there was more light, she could see a rusty ladder but it stopped halfway down the shaft. A good three metres from the floor. He might be able to drop down to her but then they’d both be stuck. It wasn’t going to help her. Or Harry.

‘Harry, wait! The ladder doesn’t reach to the bottom,’ she called.

‘Don’t worry, Em, we’ll work something out,’ Harry called down to her even as Tony was arguing the point. Their voices drifted down the mine shaft.

‘We should wait for Search and Rescue.’

‘Why? You heard her, she’s not injured, it’s just a simple evacuation. We just need a way of getting down there. We can have her out before SAR even get here. What else have you got in your ute? Rope? Anything I can use as a harness?’

‘There’s rope and a winch on the front.’

‘Can you bring it over?’ Harry asked. ‘I’ll wait here, I’m not leaving Emma again.’

Despite her predicament Harry’s words sent a warm glow through her. Harry was waiting.  He wasn’t going to leave her.

Emma heard the sound of the engine as Tony brought the ute closer. She could hear them working out how to fashion a rope harness for Harry and she could hear Tony trying once more to convince Harry to wait for the Search and Rescue team and then Harry insisting again that he could do this. Harry won the argument and Tony agreed to winch him down to her.

His face appeared at the top of the shaft again.

‘Okay, Em, we’re good to go. Can you slide out of the way into the tunnel a bit? I’m going to come down feet first so I won’t have a good line of sight and I don’t want to land on you.’

She scooted backwards into the tunnel and craned her neck so she could see what was going on. Her heart was in her throat as she watched him enter the shaft feet first. What if something happened to him?

Somehow, despite the makeshift harness, Tony managed to lower him steadily and smoothly. The moment his feet touched the ground she leapt into his arms. The knotted harness rope and the winch cable dug into her stomach but she didn’t care. Never in her life had she been so pleased to see someone.

Her knees were shaky and she clung to him, letting him support her. She’d managed to get off the ground and into his arms but she knew that she was now incapable of holding herself up. Adrenalin coursed through her system. She looked up into his bright blue eyes and her heart skipped a beat.

She saw his blue eyes darken before he tipped her hard hat back and claimed her lips with his mouth, kissing her swiftly and soundly.

His lips were soft but they weren’t gentle. The kiss was hungry, intense and passionate. Emma had no time to think and Harry wasn’t asking for permission. He wasn’t asking for anything. He was demanding a response. And Emma gave him one.

She kissed him back, unreservedly. Her hormones took control, blood rushed to her abdomen, flooding her groin and her legs turned to jelly. She knew she would have collapsed to the ground if she hadn’t been in his embrace.

Eventually Harry broke away, letting her breathe but he didn’t let her go. She was shaking, panting. She wanted more. But it looked like she was going to have to wait.

‘I knew you’d come for me,’ she said, surprised to find she could talk and construct a coherent sentence.

‘If something had happened to you I would never have forgiven myself,’ Harry replied.

‘I seem to be developing a penchant for trouble.’ She smiled up at him, able to relax now she was no longer alone.

‘This is a new thing for you?’

‘It’s a good thing I’m here then.’ He looked down at her and grinned and Emma could not disagree. There wasn’t anyone else she’d rather have beside her right now.

Tony poked his head over the edge of the shaft. ‘Everything alright down there?’

‘Couldn’t be better,’ Harry answered but his attention remained focussed on her. His bright blue gaze was fixed on her face and he was still grinning broadly.

‘Shall I bring you up or do you have other plans?’ Tony asked.

Emma could quite happily have stayed where she was. After being so desperate to get out of the mine, now she had to admit she was pretty comfortable.

She liked the sound of that.